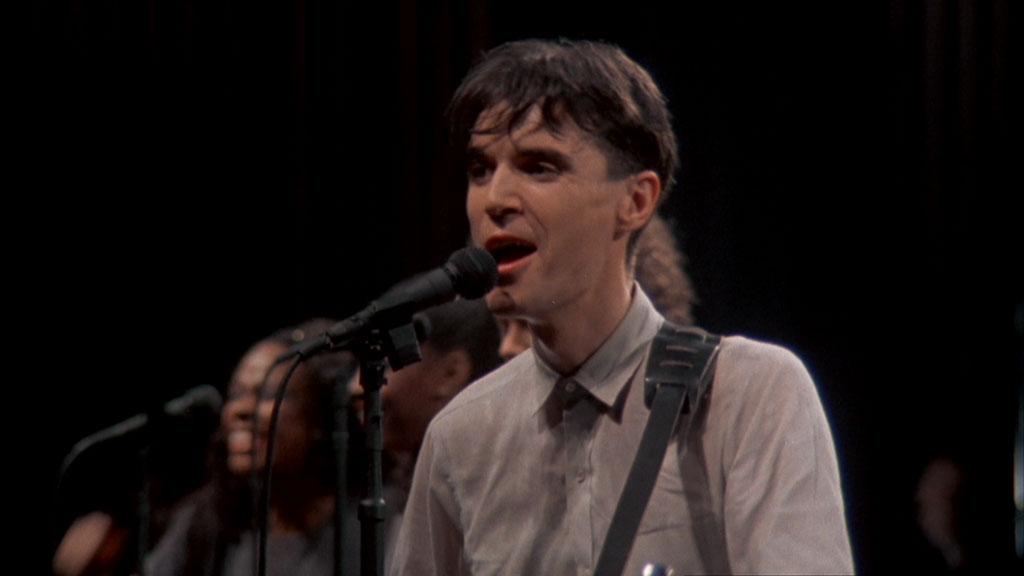 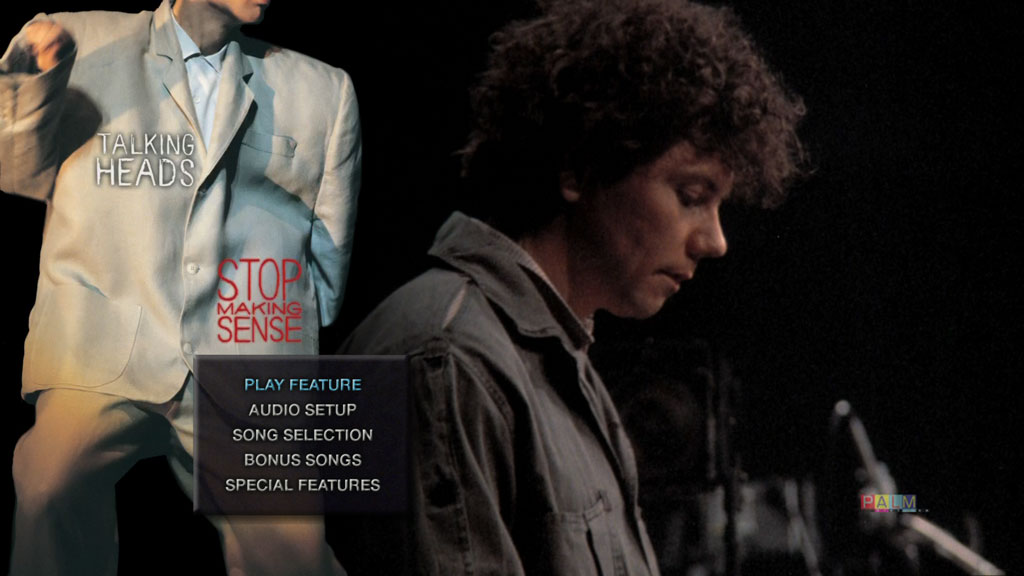 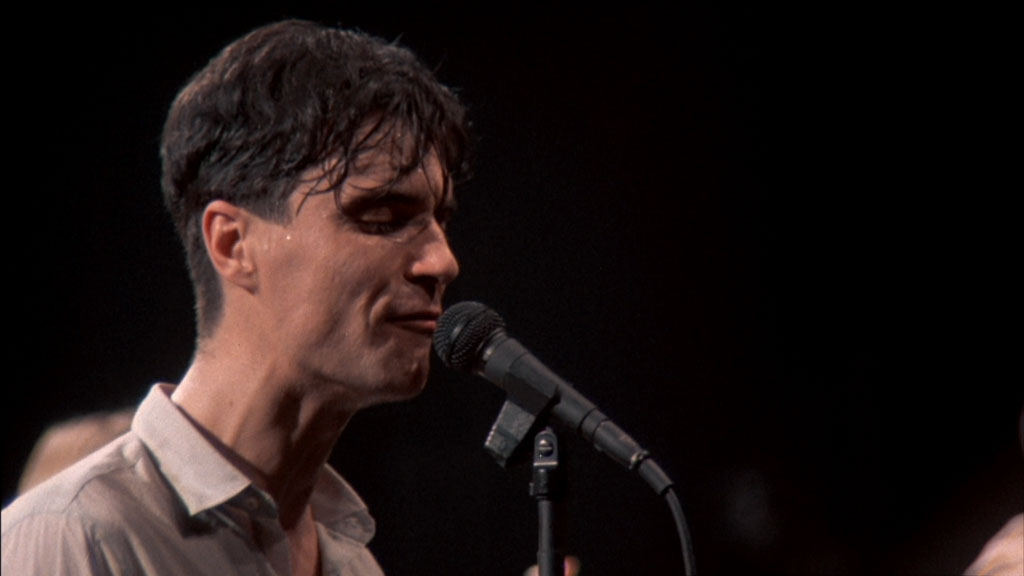 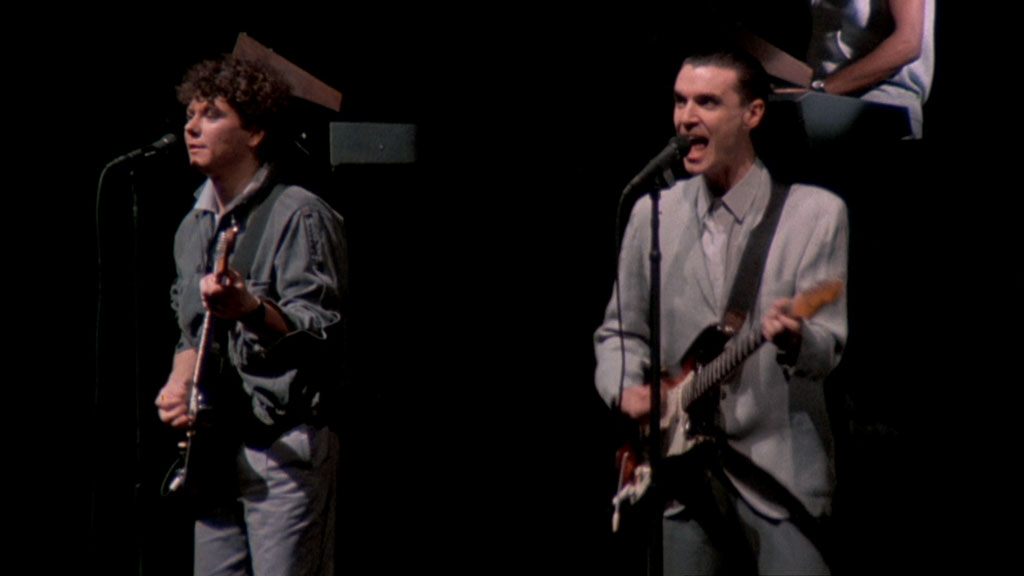 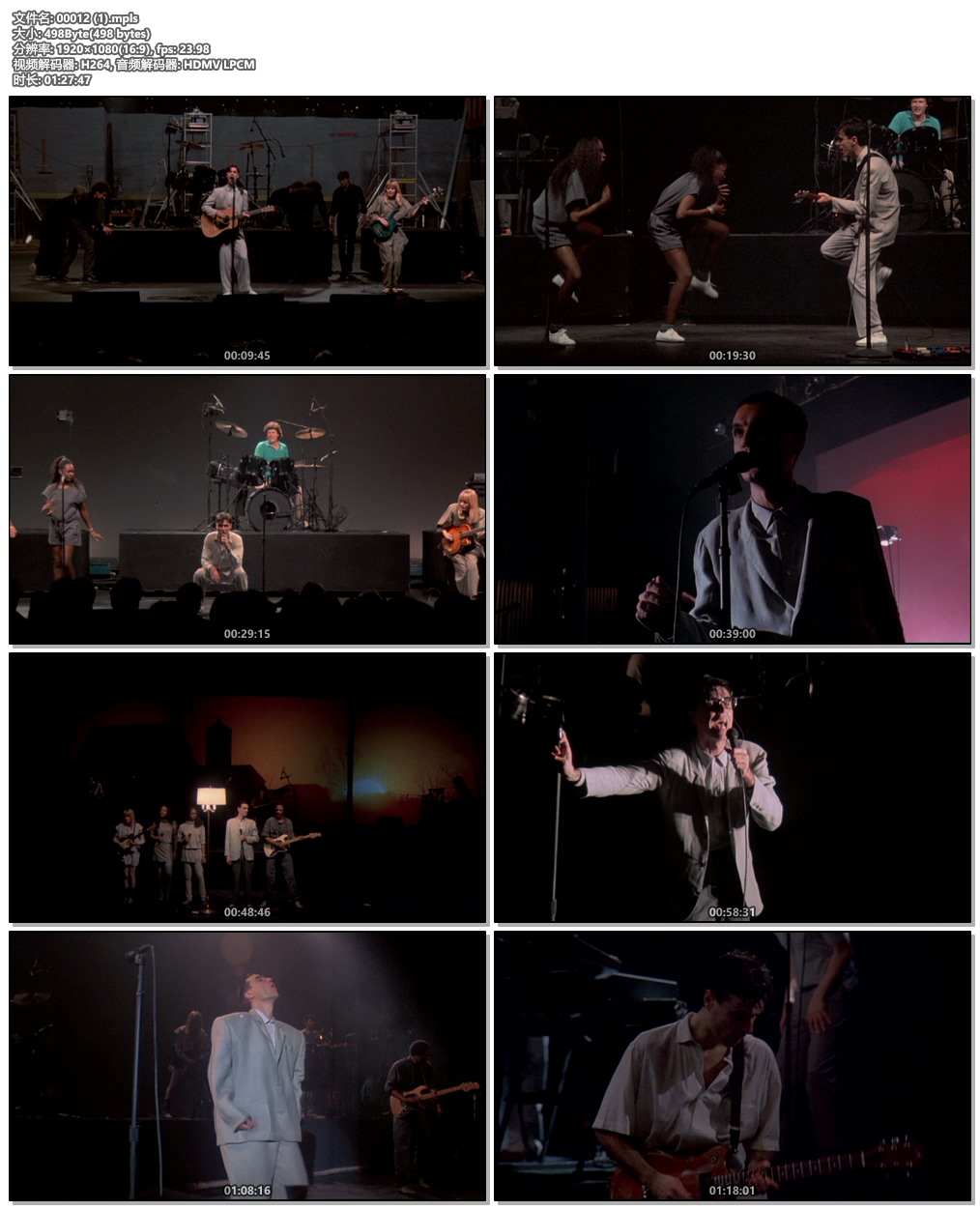 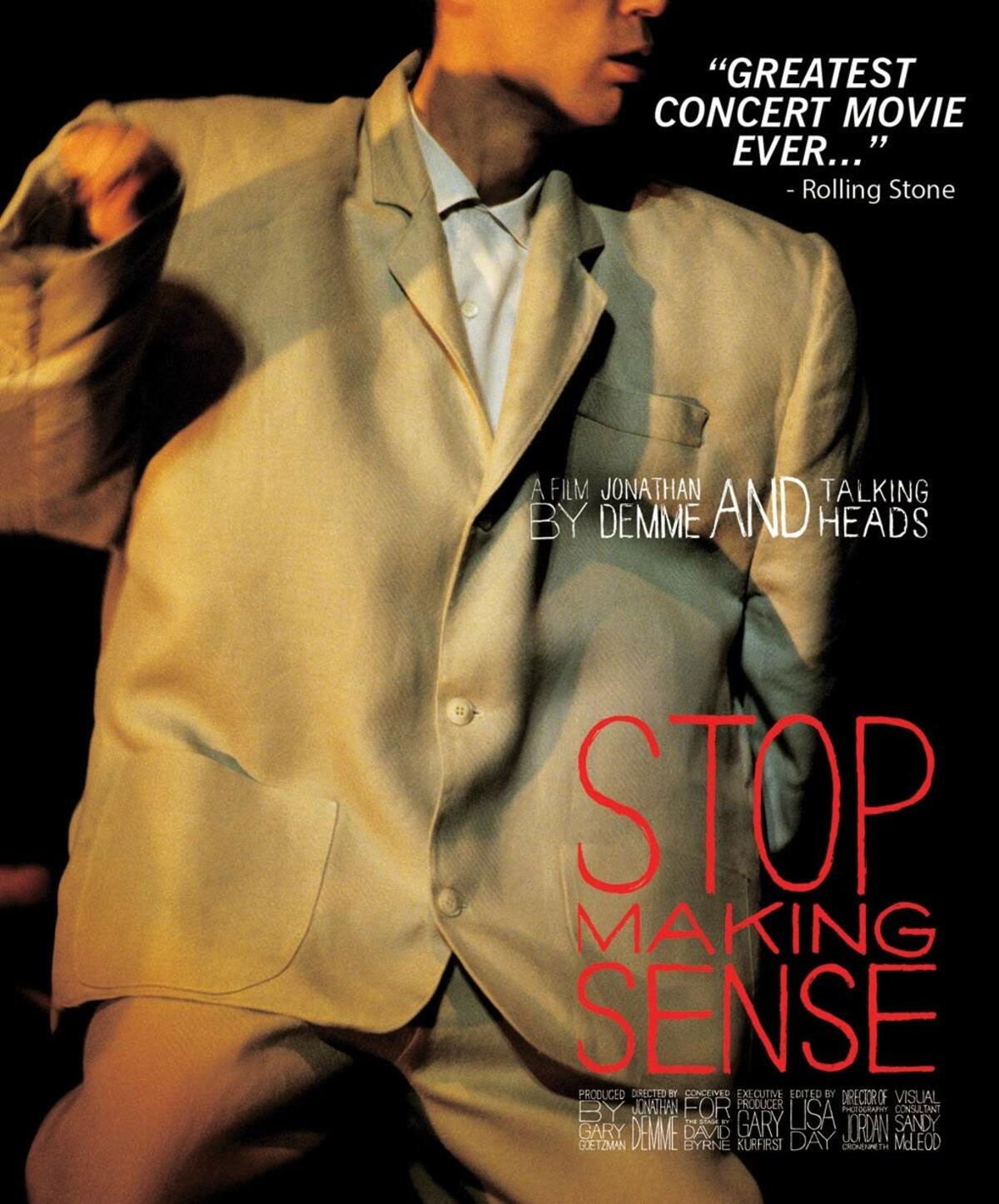 Directed by Jonathan Demme, ‘Stop Making Sense’ presents Talking Heads on their ‘Speaking in Tongues’ tour, in support of the album of the same name, recorded over three nights at Hollywood’s Pantages Theater in December 1983. Demme decided to film the band after attending their tremendous theatrical concert at the Greek Theater a month earlier. It was a fortuitous decision, not only due to the brilliant performances, but because it ended up being the band’s final tour. They never returned to the road from then until their split in 1991.

The film opens with titles by Pablo Ferro, the man who did the titles for ‘Dr. Strangelove’ (hence the resemblance). David Byrne comes out by himself on an empty stage. He plays ‘Psycho Killer’ on acoustic guitar accompanied by a tape in a boom box delivering the rhythm. Towards the end, the boom box spits out some crazy beats and Byrne staggers around as if affected by them.

Bassist Tina Weymouth and background singers join Byrne for ‘Heaven.’ The stage crew pushes out a drum kit and Chris Frantz joins the country western arrangement on ‘Thank You For Sending Me An Angel’. Then Jerry Harrison comes out to play rhythm guitar for ‘Found A Job’, a song about a couple creating a TV show to save their relationship. Apropos for Los Angeles and quite prophetic considering the song was first released in 1978.

Harrison’s keyboard is then wheeled out. Percussionist Steve Scales and back-up singers Lynn Mabry and Edna Holt join the band for ‘Slippery People’ as a curtain falls behind them to hide backstage. The world music rhythms the band made use are first heard and Byrne’s interesting dance choreography is first seen.

The entire ensemble is complete for ‘Burning Down the House’ when keyboardist Bernie Worrell (formerly of Parliament-Funkadelic) and guitarist Alex Weir come out. The energy is electric and palpable on this rockin’ number.

Byrne’s flair for the theatrical continues as a series of words are projected onto the back wall during ‘Making Flippy Floppy’. During ‘This Must Be The Place (Naive Melody)’, a tall lamp lights the front of the stage and he eventually dances with it during the song’s bridge. For ‘Once in A Lifetime’, he dons glasses and dances in seizure-like fits, familiar to all who know the music video. Demme uses nearly one entire take of Byrne’s captivating performance.

Since the band played ‘What A Day That Was’ from a Byrne’s solo album ‘The Catherine Wheel’ and he needed a break for a costume change, Frantz introduces those remaining on the stage as Tom Tom Club, a side project at the time for him and his wife Weymouth. They perform their dance club hit ‘Genius Of Love.’ Legend has is the song is one of the most sampled.

Byrne returns in his iconic large suit. They play ‘Girlfriend is Better,’ where the line “Stop making sense” comes from; their cover of Al Green’s ‘Take Me To The River’; and they close out the show with lesser-known track, ‘Crosseyed and Painless.’ This last song is the first time Demme allows the viewer to see the audience. The theater is lit up and people are dancing and enjoying the moment.

The viewer should find himself in the same state, since a fantastic concert is presented here on ‘Stop Making Sense’ thanks to Talking Heads, Jonathan Demme, and their teams.

Blu-Ray仅此一夜:芭芭拉史翠珊与四重奏现场演唱实录2009 One Night Only Barbra Streisand And Quartet At The Village Vanguard《ISO 26.97GB》