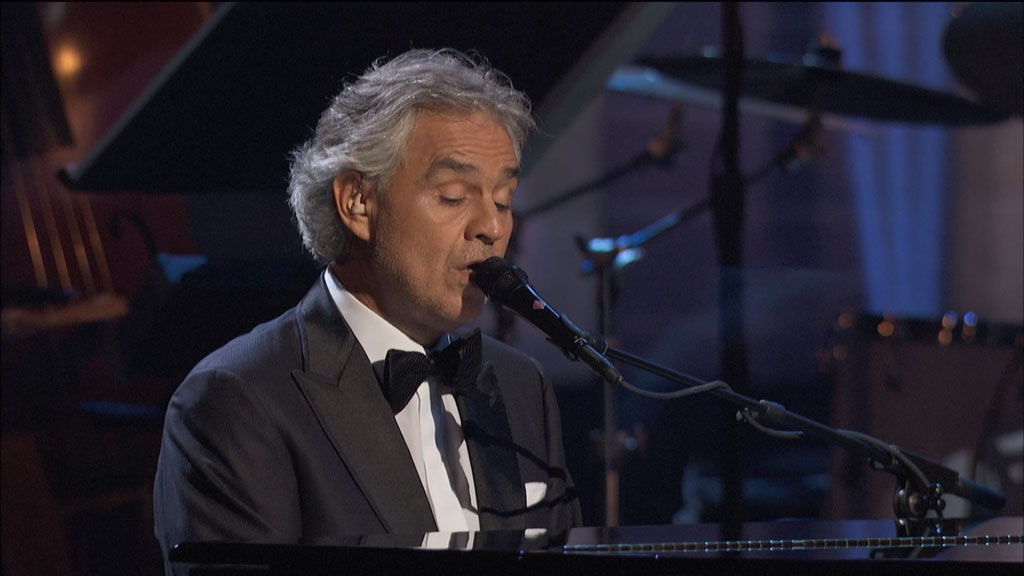 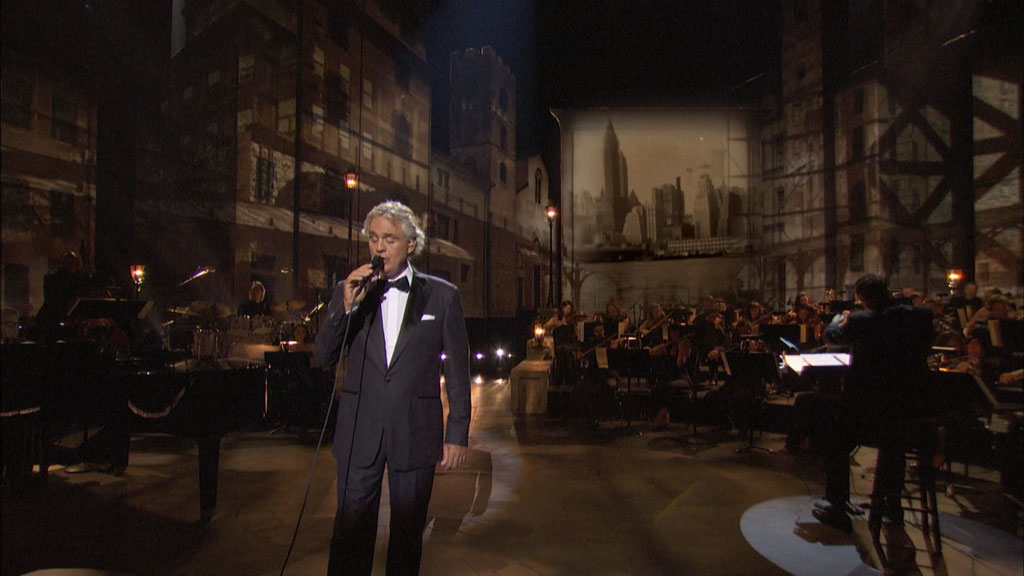 The international superstar tenor lends his unique voice to a lush symphonic salute to the movies, Andrea Bocelli: Cinema, celebrating some of the greatest celluloid songs and scores of all time. The concert special also reunites Bocelli with the legendary music producer David Foster, whose first collaboration with the tenor was Foster's own Academy Award-nominated song "The Prayer," a duet with Celine Dion in 1999.

The songs in this new concert many from Oscar-winning scores are also featured on Bocelli's new album Cinema which will be released globally on October 23 on Sugar Music / Universal Music Group and Verve Music Group in the USA. These cinematic songs are etched in the culture and hearts of several epic feature songs such as "Doctor Zhivago," "Love Story," "The Godfather," "Life is Beautiful," "Il Postino," "Breakfast At Tiffany's "and many more, as well as popular songs from stage musicals, IMMORTALIZED by their film versions, such as" West Side Story "and" Evita. " As a special bonus, there's a brand new song fashioned from the popular "Gladiator" score.

Bocelli has said he believes the film music is "an exceptional artistic treasure trove." His legendary voice, brought to life by Leonardo Bernstein to Ennio Morricone.

Tracklist
• Recorded live at The Dolby Theater in Los Angeles, CA
01. Maria from "West Side Story"
02. Se from 'Nuovo Cinema Paradiso "
03. Moon River from 'Breakfast At Tiffany's "
04. Cheek To Cheek duet With Veronica Berti from "Top Hat"
05. Be My Love from "The Toast Of New Orleans"
06. E Piu Ti Penso duet With Ariana Grande from "Once Upon A Time In America"
07. Brucia La Terra from "The Godfather"
08. La Chanson De Lara from "Dr. Zhivago"
09. Mi Mancherai from "Il Postino / The Postman"
10. Historia De Amor from "Love Story"
11. Por Una Cabeza from "Scent Of A Woman"
12. No Llores Por Mi Argentina duet With Nicole Scherzinger from "Evita"
13. The Music Of The Night from "The Phantom Of The Opera"
14. Sorridi Amore Vai from "Life Is Beautiful"
15. L'amore E Una Cosa Meravigliosa from "Love Is A Many-Splendored Thing"