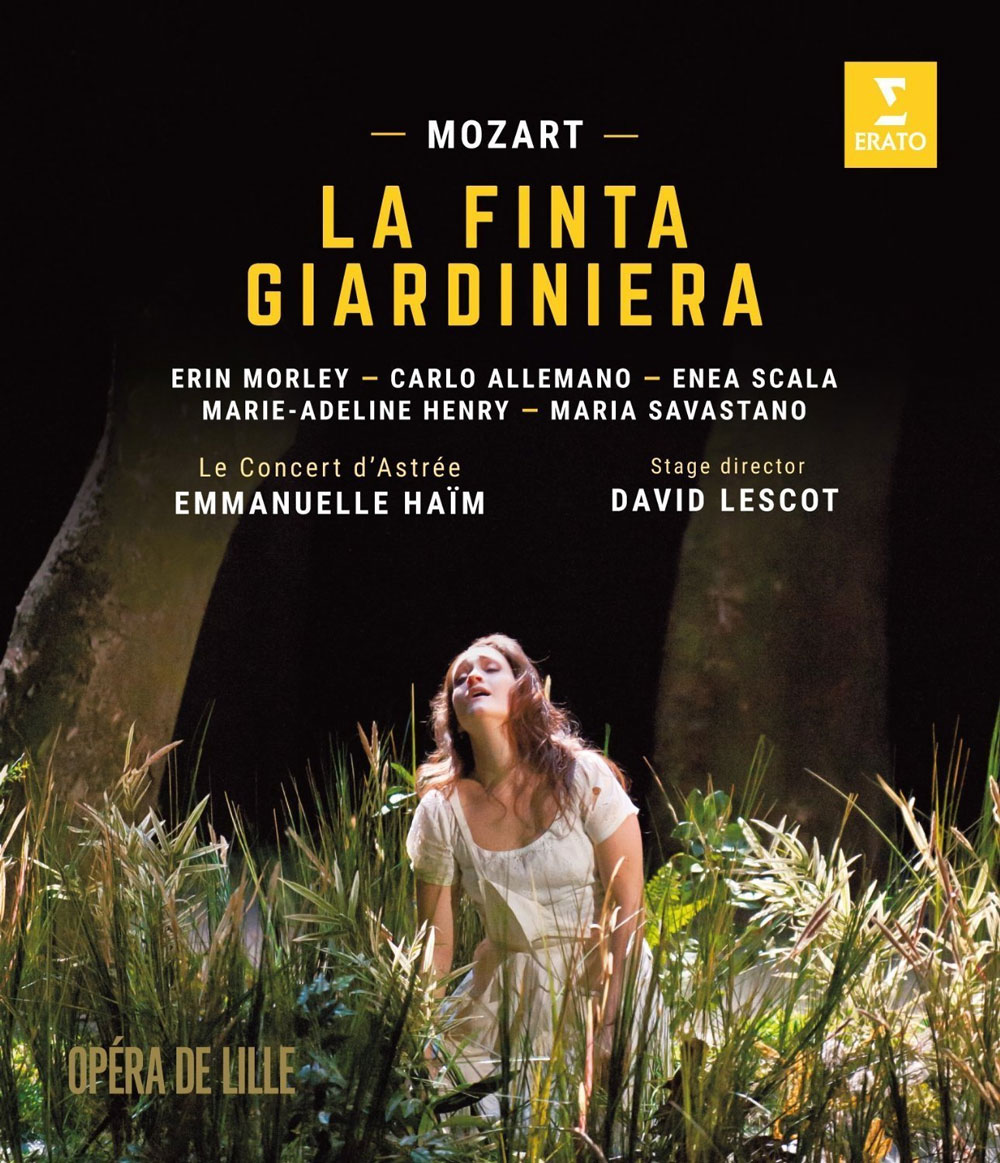 The French conductor Emmanuelle Haïm conducts here her music ensemble Le Concert d'Astrée during this performance of Mozart's La Finta Giardiniera at the Opéra de Lille (France) on March 22nd and 25th 2014. This production, directed by David Lescot, stars a remarkable cast, with Erin Morley and Enea Scala in the roles of the Contino Belfiore and the Marchioness Violante Onesti.

Mozart was just 18 when La finta giardiniera (The pretend gardener-girl) was first seen in early 1775, though he already had a number of operas to his name. It was another six years before the first opera of the composer’s mature canon, Idomeneo, received its premiere.

A comedy (opera buffa) with a plot of extravagant complexity, La finta giardiniera provides early evidence of Mozart’s ability to capture the more serious truths that lurk beneath a farcical surface. It has been rising in popularity in recent years, with productions in such operatic centres as Berlin and Moscow and the Glyndebourne Festival, and it will be staged at the Santa Fe Opera in New Mexico in Summer 2015. Its central character is a young noblewoman, Violante Onesti, who is disguised as a gardener and going under the name of Sandrina. She is recovering from the emotional and physical wounds inflicted on her by her former lover, Count Belfiore, who is now betrothed to the tempestuous Arminda.

In Spring 2014 Emanuelle Haïm conducted her orchestra Le Concert d'Astrée and a carefully-chosen cast in La finta giardiniera, staged by the French director David Lescot, in the cities of Lille and Dijon; the production was described by the French newspaper La Croix as “three hours of pure happiness”. This video recording from Lille joins Haïm’s Erato DVDs of operas by Monteverdi (L’incoronazione di Poppea) Rameau (Hippolyte et Aricie) and Handel (Giulio Cesare). Lescot’s striking staging provides a contemporary take on the 18th century and the designs (by Alwyne de Dardel) evoke a garden by means of plants and shrubs in large pots – notably, Arminda is symbolised by a ferociously oversized Venus Flytrap. Later, as the plot thickens, the stage is spectacularly transformed into a forest. As the French music magazine Diapason wrote: “A director who is skilled at marrying word and music, David Lescot took ownership of the score, sensing its pulse, its respiration, its nuances and its schisms.”

The UK’s Opera magazine praised the production for its “clarity and simplicity”, judging that: “David Lescot’s direction ... demonstrated how these archetypes from opera buffa could be transformed through Mozart’s music into mature characters who had developed self-knowledge ... Emanuelle Haïm’s conducting ... captured the sense of dramatic progression in the extended finales of the first two acts, while also allowing the final act a sense of pace and dignity ... Enea Scala brilliantly conveyed Belfiore’s journey from a foppish, vainglorious figure of fun to a lover genuinely remorseful for his past mistakes, and displayed a secure, focused line in his singing. Erin Morley was an equally appealing Sandrina, with a voice of limpid clarity allied to a fine dramatic sense of her ability to transform Belfiore after their mutual moments of madness. Marie-Adeline Henry was a gloriously fiery Arminda.” 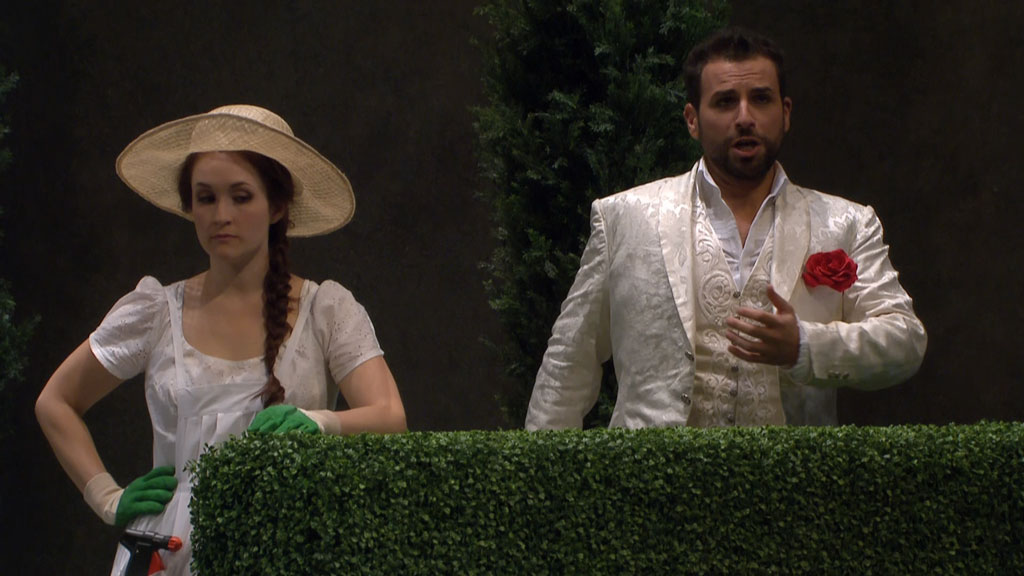 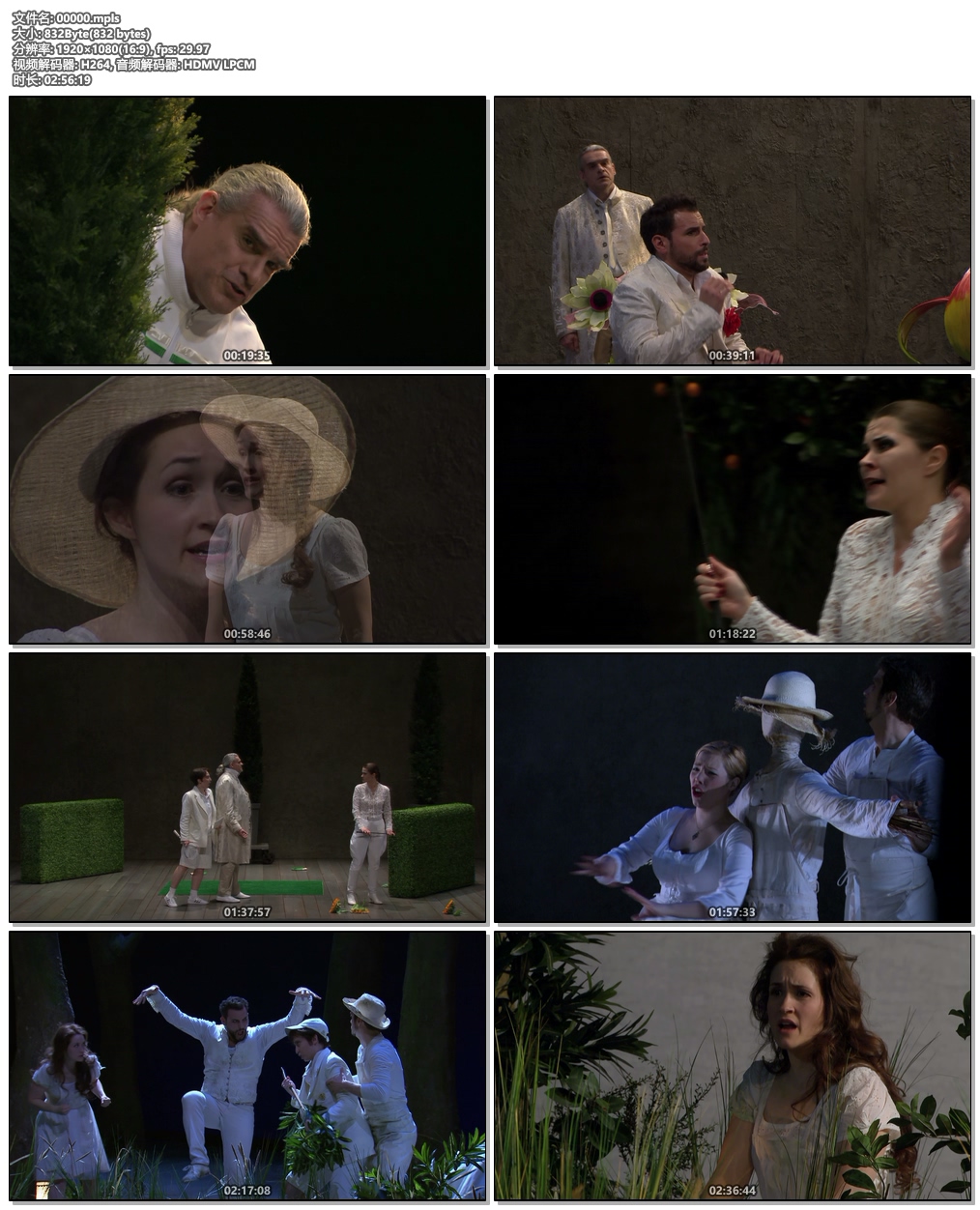