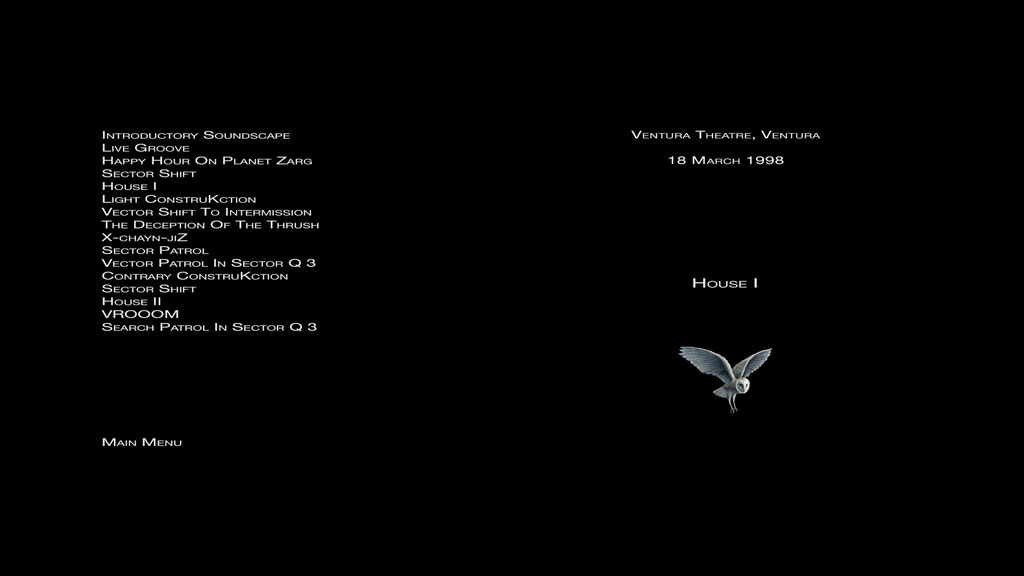 Heaven and Earth is the most comprehensive boxed set in the series to date, covering just over a decade in King Crimson’s extensive history.

It presents the most complete account of the ProjeKcts series with concerts by P1 – 4 & the sole studio recording of P2 in addition to a huge selection of ProjeKct albums and related recordings.

When the Double Trio line of Fripp, Belew, Levin, Mastelotto, Bruford, and Gunn wanted to develop new material at the end of the THRAK-era in 1997 they broke down into smaller groups, a process which Fripp dubbed fraKctalisation.

As the various band members in different groupings sought to road test ideas in front of audiences, the ProjeKcts, as they were called, often played in small clubs and away from large scale venues. As a result, this hugely creative undertaking was often unseen and unheard by the more general broader audience, and to that extent, the ProjeKcts can be said to represent ‘The Unknown King Crimson.