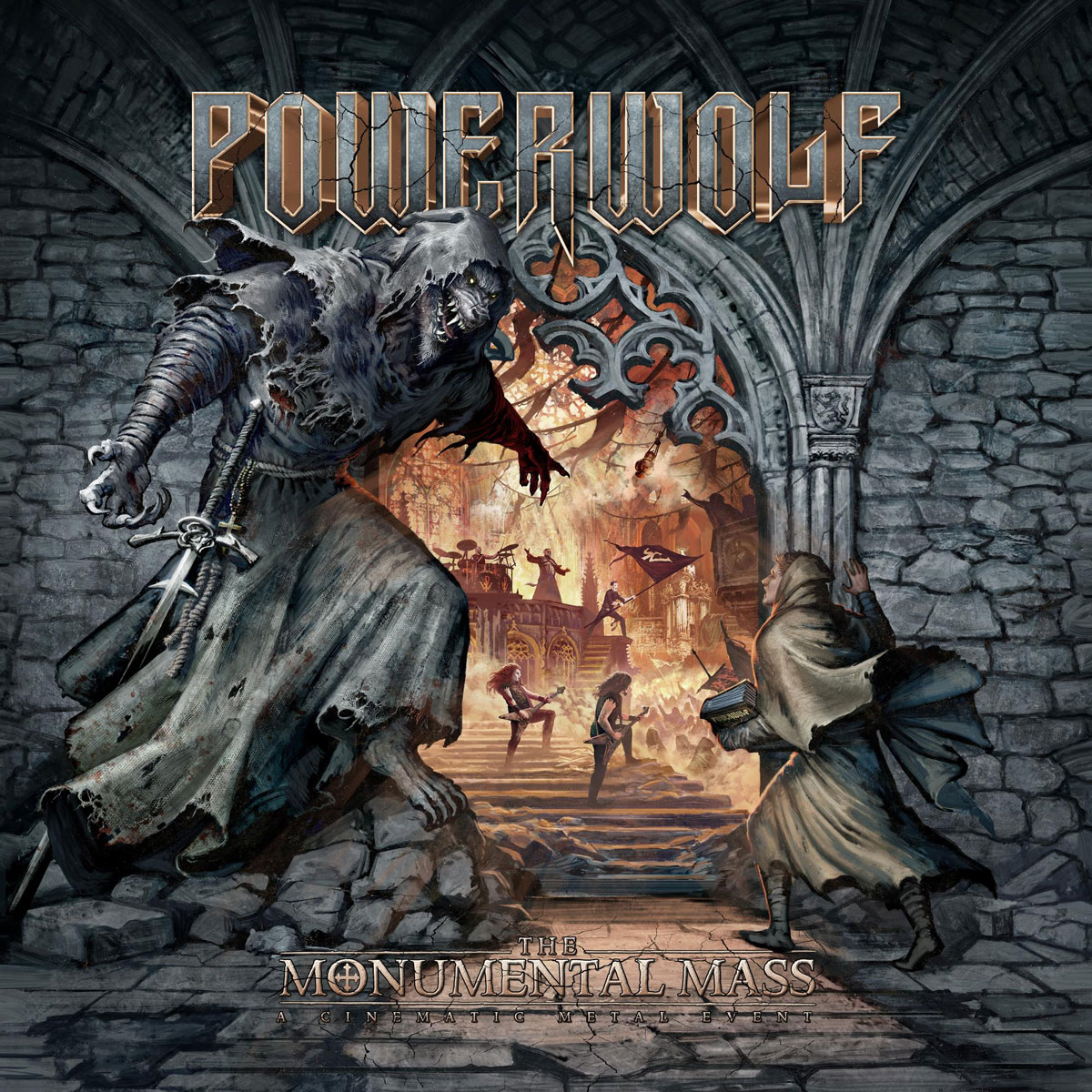 At the end of 2021, POWERWOLF - the most successful German metal band to date - fascinated with a streaming event of unprecedented dimensions. Those who thought they had seen everything in the live sector were instantly proven wrong with unmatched audio production and visuals that can only be described as simply breathtaking.

POWERWOLF have stood at the peak of superlative, epic metal moments for years, but what they present with this streaming event surpasses anything seen before. After months of detailed work, a story was crafted and presented in several chapters based on the stunning music and elaborately staged cinematic scenes. All show effects, actors and stage settings work hand in hand with each other and bring the medium of live music to a level never seen before. From battles with clergy to stories of nuns, monks and burning angels, cinematic images immediately capture the viewer. Each song has its own stunning set designed and is perfectly staged - the production and size alone are unparalleled. One live premiere of a POWERWOLF classic follows the next, one after another - all with impressively produced sound design. With fan favorites "Demons Are A Girl's Best Friend", "Beast Of G?vaudan", and top radio hit of their last studio album "Dancing With The Dead", with the help of numerous actors, the Wolves artistically portray screenplays of their original music videos. One of many highlights of the show is Falk Maria Schlegel's bombastic pyro organ, which spits fire with each single keystroke during songs like "Fire And Forgive" and "Amen & Attack". On "Cardinal Sin", singer Attila Dorn pushes a self-deprecating cardinal back into the fire, while on the ballad "Where The Wild Wolves Have Gone", snow falls on the fire-dominated scenery. Through all four chapters - Temptation, Sin, Confession and Forgiveness - the Wolves create a high-quality pyrotechnics display, often flickering discreetly in the background while other times engulfing the scene in massive awe-inspiring light. THE MONUMENTAL MASS - A CINEMATIC METAL EVENT is a live spectacle that unveils new details watch after watch, and cements POWERWOLF's status as the most outstanding band in their genre! Don't miss your chance to own this live spectacle of epic proportions!

Chapter I: Temptation
Faster Than the Flame
Venom of Venus
Stossgebet
Demons Are a Girl's Best Friend

Hallowed Be The Holy Ground: Live At Wacken 2019