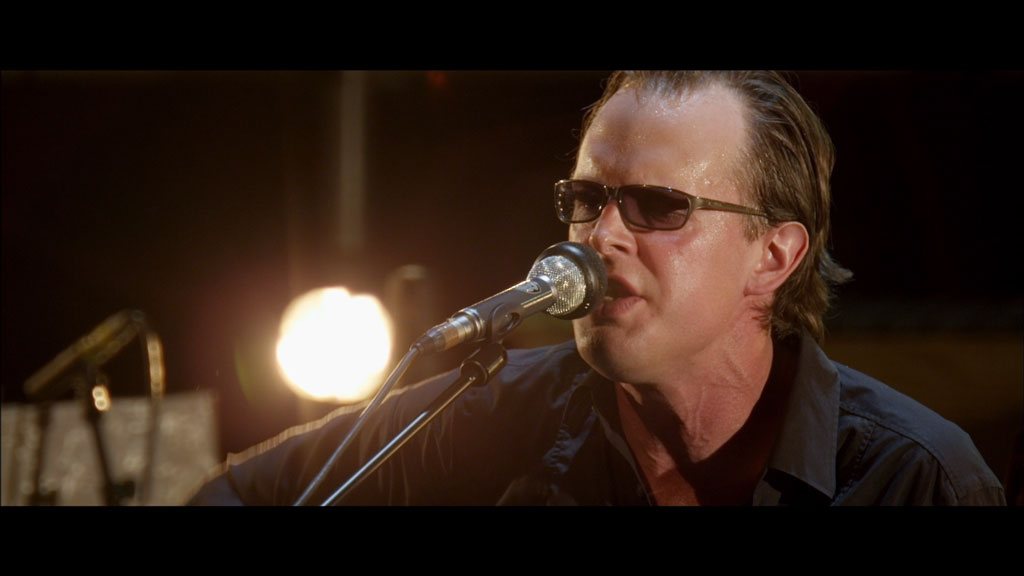 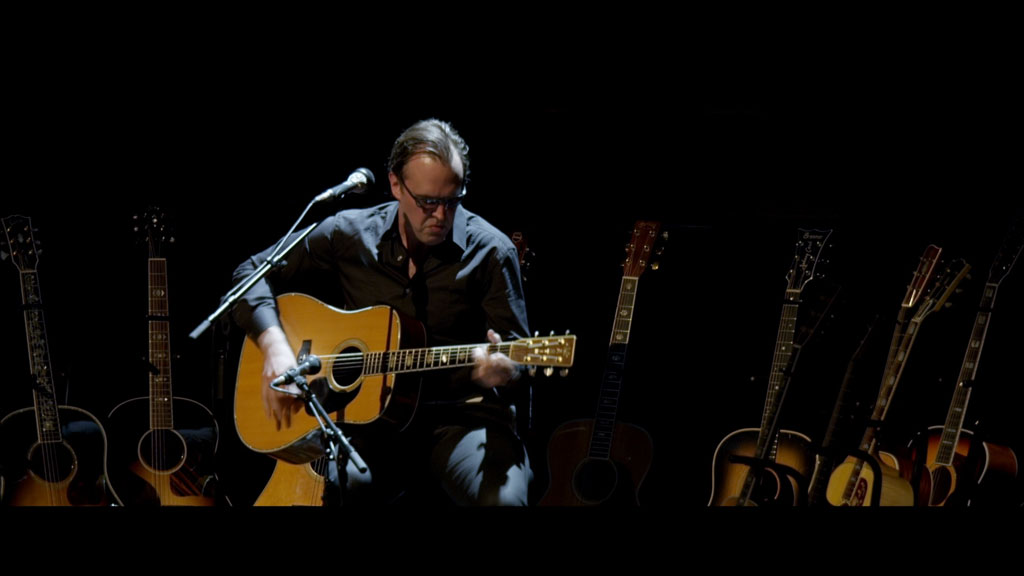 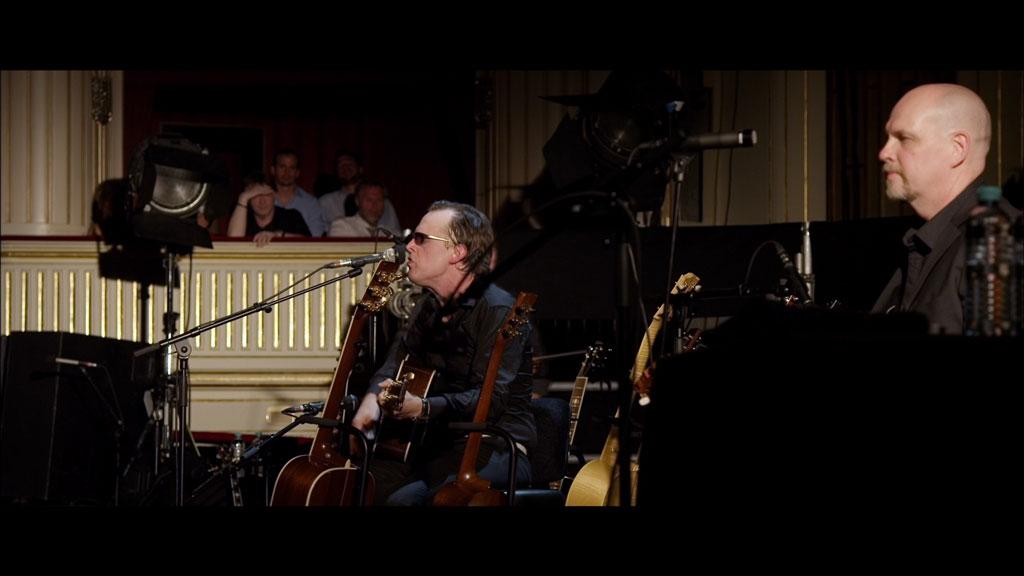 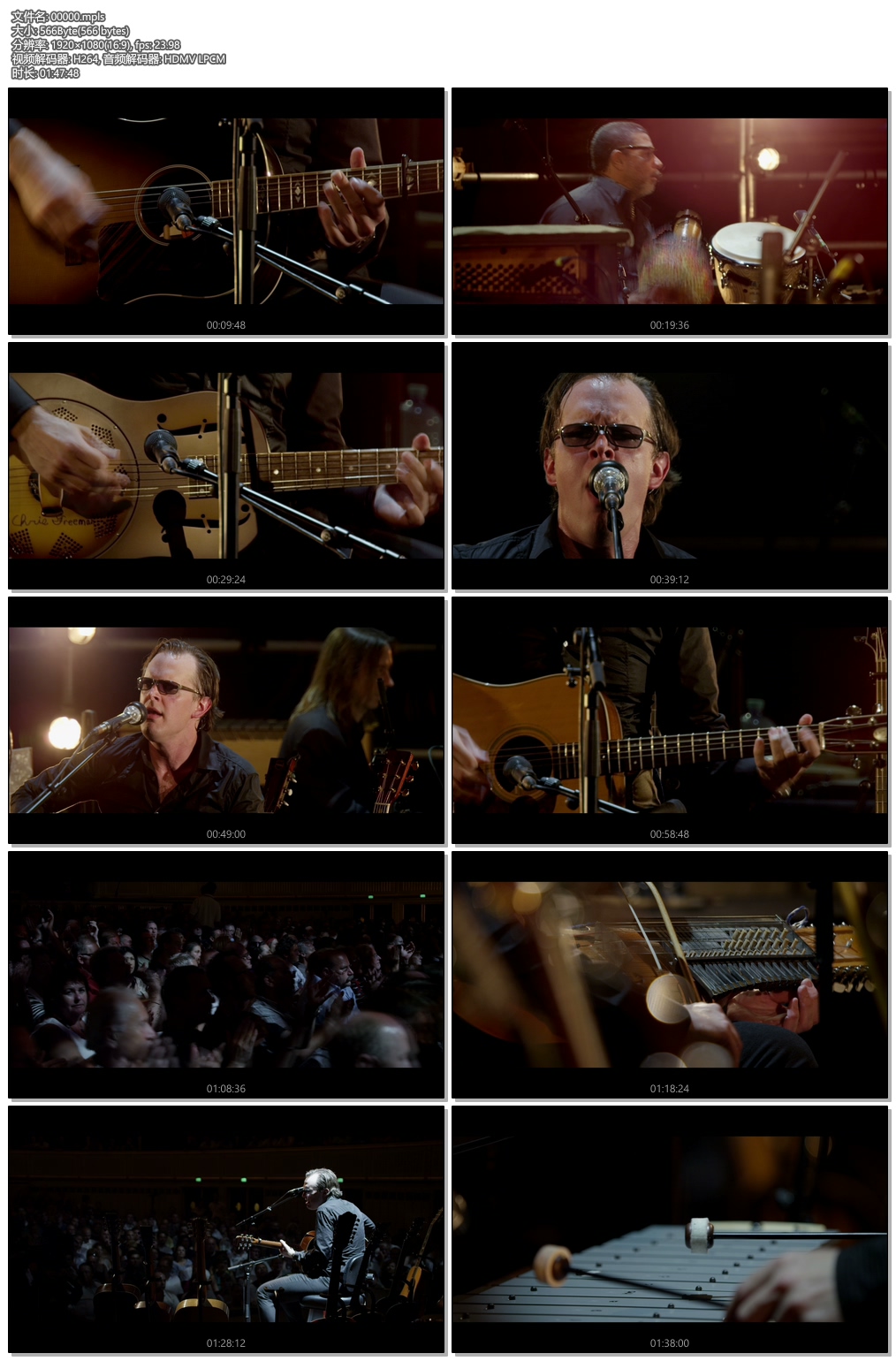 Original title: Joе Bоnаmаssa - An Acoustic Еvening at the Vienna Оpera Нouse
Year: 2012/2013
Genre: blues, blues rock, acoustic
Cast and Crew: Joe Bonamassa - Guitar, Vocals; Gerry O'Connor - Banjo, Fiddle; Arlan Schierbaum - Harmonium, Accordion, Baby Piano, Glockenspiel; Mats Wester - Nyckelharpa, Mandola; Lenny Castro - Percussion.• The concert was recorded at the historic Vienna Opera House July 2012 during a very special two-week long unplugged tour, played to a limited audience over seven exclusive European shows.  Varying from Bonamassa’s predominantly electric blues shows, this presentation was an all-acoustic concert performance, making it a unique and very special show fans had been waiting years to experience.
• The Opera House in Vienna, regarded as the “City of Music,” was chosen for the main event because of its history and splendour, and association with many legendary composers.  Accompanying Bonamassa on the same stage once graced by Mozart, Beethoven, Schubert, Brahms, Mahler, and Haydn are traditional Irish fiddler Gerry O’Connor, who also plays mandolin and banjo; Swedish multi-instrumentalist Mats Wester on the nyckelharpa, a keyed fiddle; Los Angeles-based keyboardist Arlan Schierbaum texturing the mix with celeste, accordions, toy pianos, and assorted “organic” instruments; and renowned Puerto Rican percussionist Lenny Castro.
• Joe recalls, “Originally, when I had the idea of doing an all-acoustic concert, I imagined doing it solo. I’d surround myself with a bunch of guitars, tell the background story of each song, and then play it. Kevin believed the show would be more exciting with a band and he got to work. All of a sudden, we had a five-piece group, and 72 hours to rehearse 20 or so songs.  It was amazing, different than anything I’d ever done before.”
• An Acoustic Evening at the Vienna Opera House features gorgeously textured music made with a wealth of rare, vintage, organic, and “oddball” instruments.  Highlights among the 22 songs include “Woke Up Dreaming”—the one acoustic song, and fan favourite, that Bonamassa regularly plays during his electric shows— as well as “Around The Bend,” “Driving Towards The Daylight,” “Ball Peen Hammer,” and “Sloe Gin.”
• The show is produced by Kevin Shirley, whose productions have been at the top of the charts for decades, including works from Led Zeppelin and Iron Maiden to Beth Hart and John Hiatt.
• “To say this was a challenge is an understatement,” said Bonamassa. “To say this was a departure from anything I had ever done before is an even bigger understatement. I can say with full certainty that it was the most enjoyable tour I have ever done. On this tour I really learned the virtues of my singing lessons over the years. Take away those long guitar solos, all that sustain and that big Gibson sound and what is left leaves you no option but to dig deep and sing until you can't sing anymore.”Setlist:
Recorded at the Vienna Opera House, July 3, 2012.
1. Arrival
2. Palm Trees, Helicopters and Gasoline
3. Jelly Roll
4. Dust Bowl
5. Around The Bend
6. Slow Train
7. Athens To Athens
8. From The Valley
9. The Ballad Of John Henry
10. Dislocated Boy
11. Driving Towards the Daylight
12. High Water Everywhere
13. Jockey Full Of Bourbon
14. Richmond
15. Stones In My Passway
16. Ball Peen Hammer
17. Black Lung Heartache
18. Mountain Time
19. Woke Up Dreaming
20. Sloe Gin
21. Seagull
22. Goodnight Vienna (Credits)
Bonus:
• On The Road "The Making Of..." (HD, 40:06)
• An Acoustic Evening "Voices" (HD, 43:33)
资源下载
下载价格25 金币
终身VIP免费
请先登录
资源在百度网盘，如有链接失效、解压码错误等、请联系管理微信：aimuvv