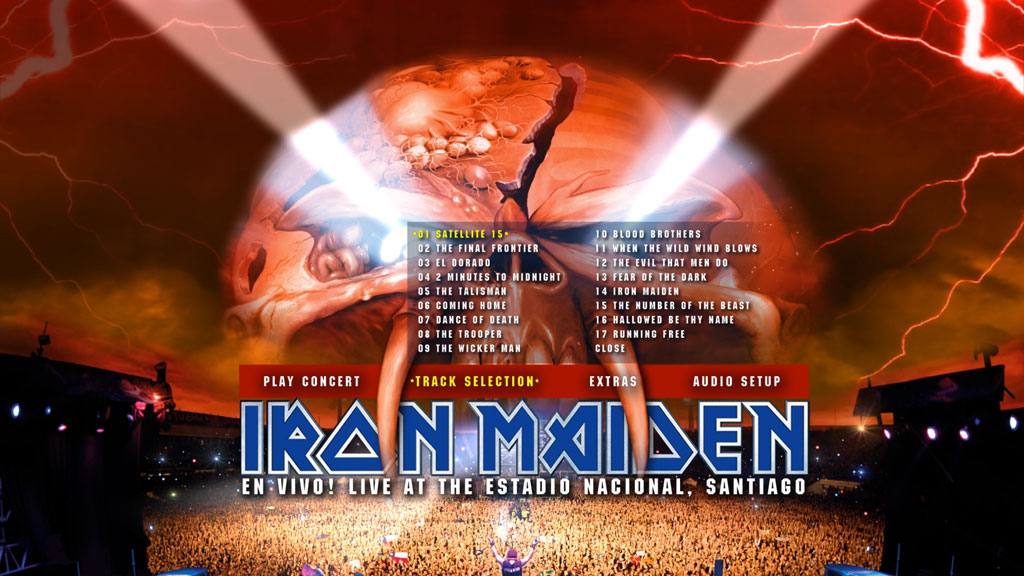 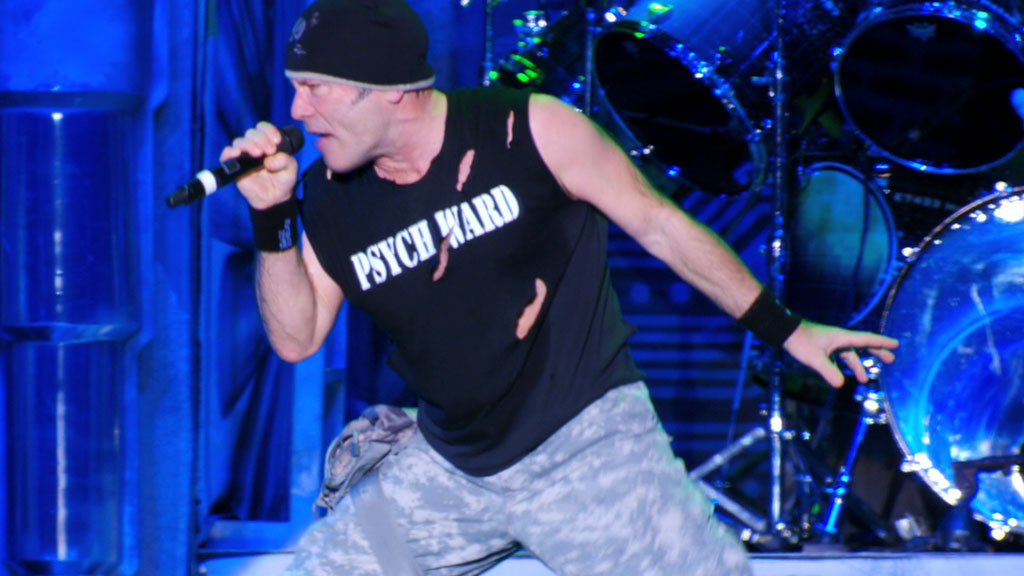 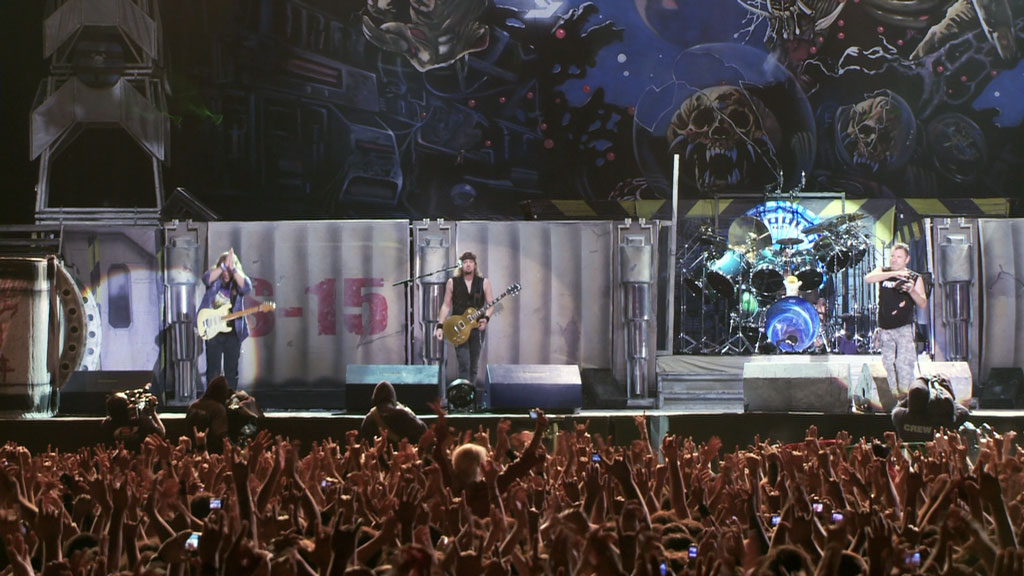 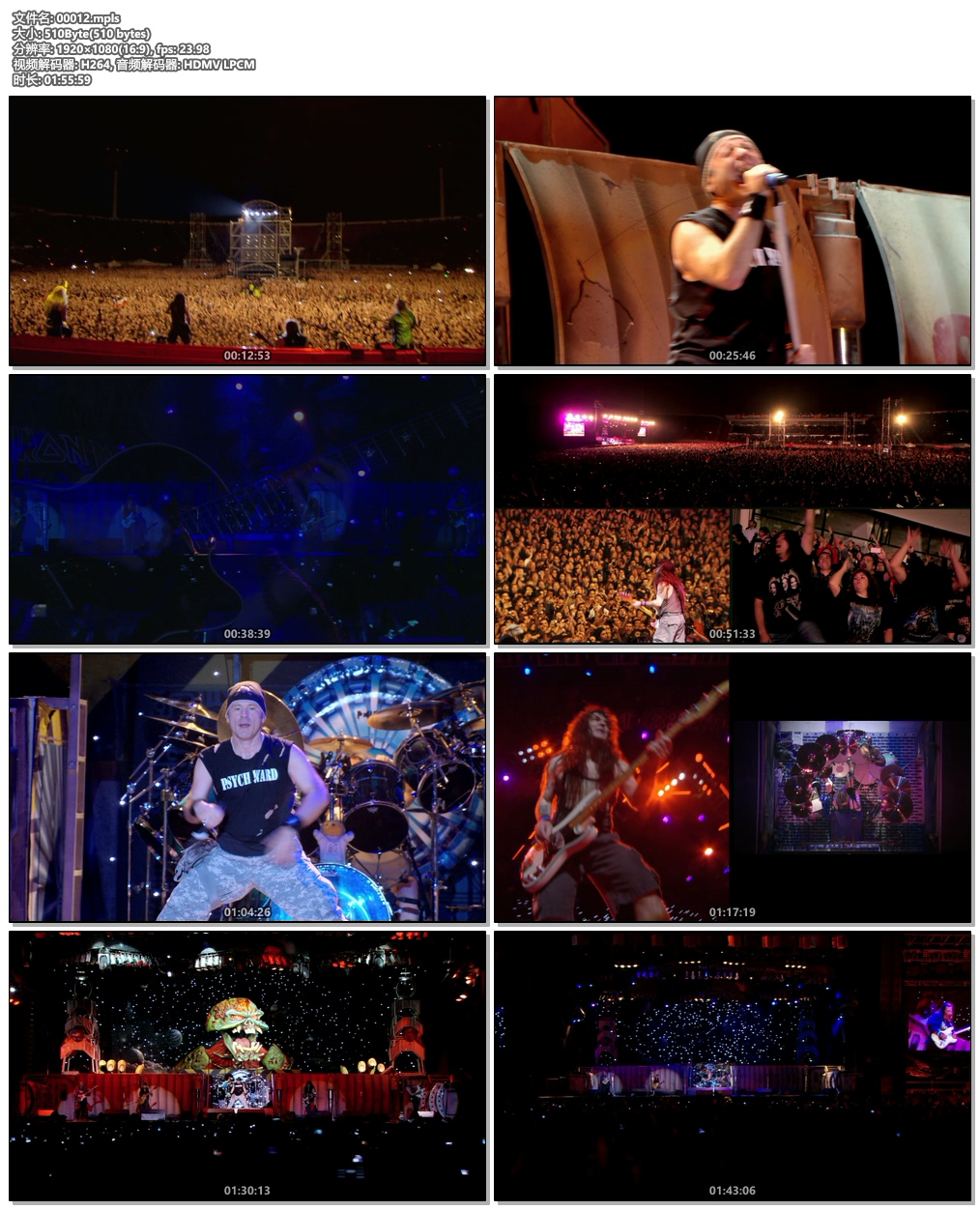 EN VIVO! was filmed on April 10, 2011, in front of over 50,000 ecstatic fans at the Estadio Nacional, Santiago, during the Round The World In 66 Days leg of The Final Frontier World Tour, and captures a magnificent performance by the band, ardently embraced by the legendary Latino passion and energy of their Chilean fans. With spectacular stage backdrops, dynamic musicianship and a literally jaw-dropping appearance by Eddie, this live show encapsulates to perfection the heart and soul of Iron Maiden 2011.

Bass player and founding member Steve Harris comments, For The Final Frontier Tour, it was really important to me that we filmed in South America as we re always so overwhelmed by the fans reaction when we go to that part of the world and I wanted to reflect that in the filming. After much consideration, we chose the Santiago show as we felt it was one of our best performances of the entire tour and to play at the prestigious Estadio Nacional was a landmark moment for us. For reasons known to our fans, it took a long time before we got to play our first show in Chile, and once we did get to play a show, the response was so phenomenal we just had to keep coming back, and it s got better and better each time!

This show also features the gigantic new Eddie. He wasn t due to make his appearance until our European leg of the tour later in 2011, but we managed to transport him across the sea in a special huge container just in time for the latter end of the South American dates, so it was great we were able to immortalize him for the DVD as he really has to be seen to be believed!

The concert was filmed digitally using 22 HD cameras and an octocam (a flying camera which captures aerial crowd scenes), recorded in both stereo and 5.1 audio and mixed by Maiden s longstanding producer, Kevin Caveman Shirley, all of which serves to accentuate the incredible atmosphere of this compelling performance.

Disc two of the DVD set is a bonus disc containing an 88-minute documentary, Behind The Beast. This is also an entirely in-house production by Maiden s own Krew, led by Andy Matthews, and is intended as an interesting and revealing high quality home movie for their fans to see how Iron Maiden put on a tour and what goes on behind the scenes at a show. The bonus disc also contains an extended version of the promo video Satellite 15…The Final Frontier, a video about the making of Satellite 15…The Final Frontier plus the opening video sequence to The Final Frontier World Tour.

Maiden s Final Frontier World Tour 2010-11 saw the band circumnavigating the planet for the third time in their customized Boeing 757, Ed Force One, piloted by lead singer Bruce Dickinson, and playing 98 shows in 36 countries to over 2 million fans.